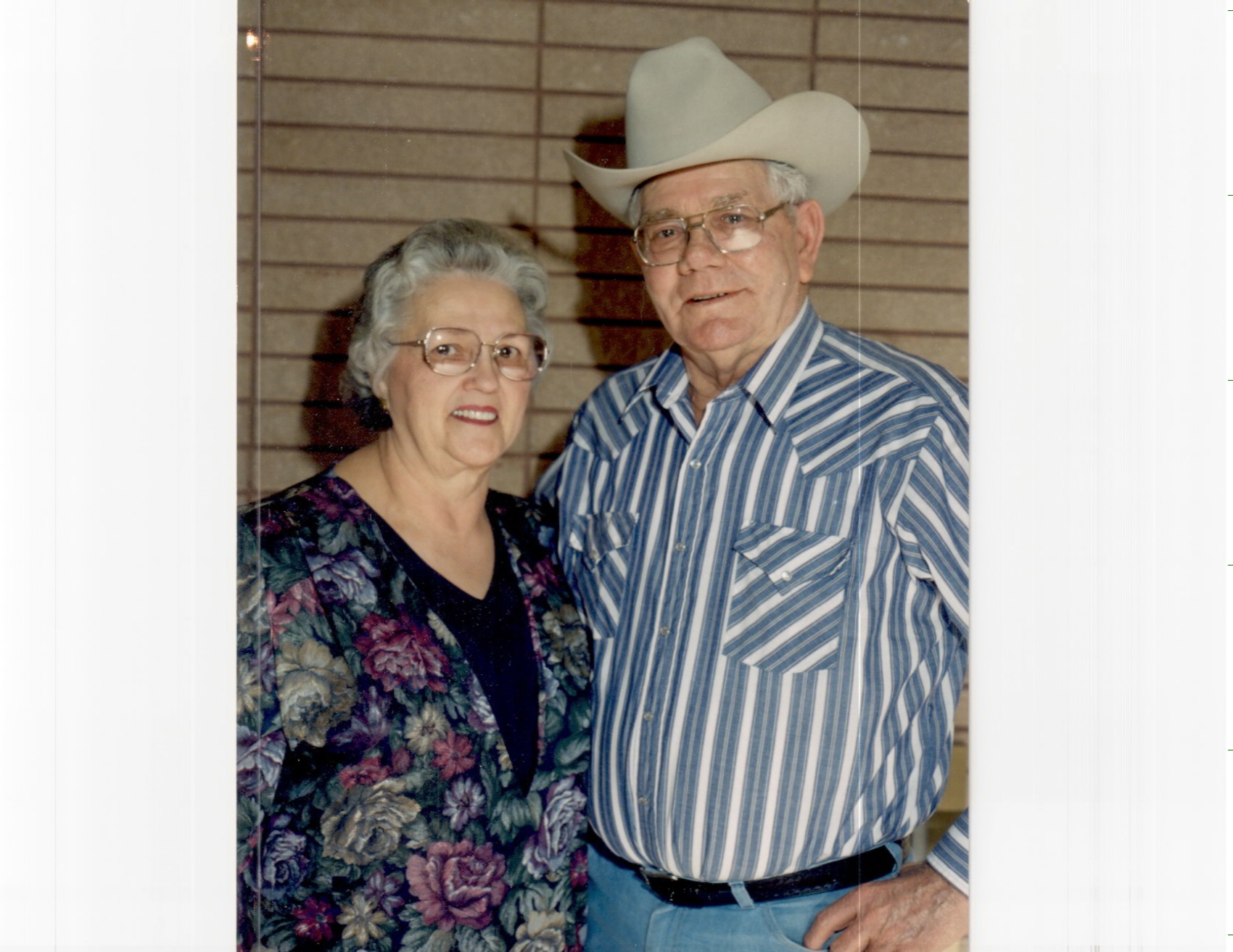 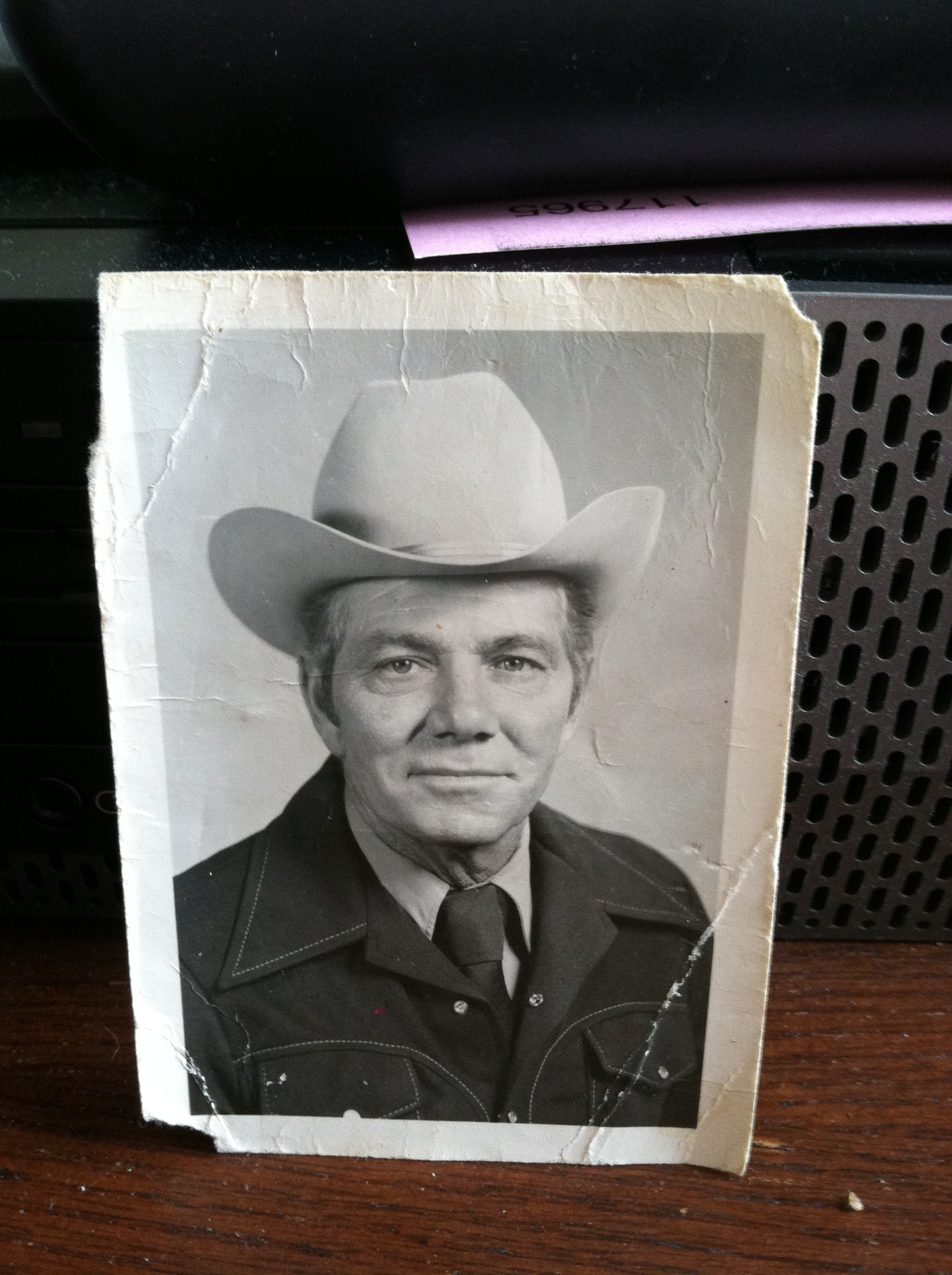 Yesterday marked the 14th Father’s Day without my dad.  You know, you would think that it would get easier….it hasn’t.

All these years and some things never change.  I find myself wanting to call him and just see what he is doing or to share with him something in my life.  Dad was my hero.  Everything good that I accomplished in life was to get an “atta boy” out of him.

Music and sports were dad’s passions.  If I had a dollar for every time I’ve heard him complaining about the Rangers I would be rich.  If I heard it once, I heard it a million times, “I could take a bunch of boys from Cumby and beat the snot out of them.”  I suppose he chose Cumby because that is where he went to high school.  I figured that would include me, my brother, the Petty boys, the Stewart brothers, the Mabe brothers, Smiths, Quarys  and a few more.  Come to think of it, I’ve seen the day we might could have beat them.  Dad did not like to lose…..AT ANYTHING.

He taught all us kids to play dominoes.  You would have thought these casual domino games were the World Series of Dominoes.  Geez!!  I’m surprised he lived to be 72.  It’s a small miracle that one of his domino partners didn’t do him in long ago.  There were only two people that would partner with him.  Norma Denton and myself.  I guess it was because his “griping” about a bad play didn’t bother us.  Sometimes we would make goofy plays just to get him stirred up.  Mom would always get embarrassed by his antics when losing.  It was really a hoot to watch.  Miss those days.  I can say it now, but mom could beat the socks off of him anytime.  She would let him win…..you know, the ego thing!!

I guess all little boys  want acceptance from their dad.  As I said earlier, dad had a passion for sports.  I suppose that is why when most babies are born they get a rubber duck, rattle or some kind of baby toy.  I got a bat, ball and a glove.  I may be the only child around that “teethed” on a 34″ Louisville Slugger.  He was pitching batting practice to me before I could walk….at least that was his story.  And forget about this T-Ball stuff….you slapped on a batting helmet that was 10 times too big, hoisted a bat that Mickey Mantle would use and took live pitching.  If you got hit by a pitch (which happened many times) you weren’t allowed to rub it….much less cry.

Dad must have hit me 10,000 ground balls.  Oh not the easy ones to boost your confidence.  He would hit screaming bullets and say, ‘Get in front of it.”  What do you mean get in front of it?  I couldn’t get out of the way.  I learned early that a baseball would leave a perfect imprint of the seams on your legs or whatever it came in contact with.  After a practice with dad you looked like you had surgery with all the stitches.  When you got nailed with a good one he would say, “Shake it off!”  Dad, I don’t think “Shaking it off” is going to do it.  In fact, I don’t think morphine will relieve the pain of this still growing bruise.  Looking back, I wouldn’t change a thing.

We worked hard on the farm when we were growing up.  Nothing stopped the daily milking of the cows or baling hay.  However, there was one exception…….SPORTS.  I loved all kind of sports and my excitement was made greater by the fact that sporting events got me out of the dairy.  I may have been the only kid that looked forward to practice late in the afternoon, on school holidays…..it didn’t matter to me because I didn’t have to “go to the barn” and milk those cows.

Dad was a perfectionist when it came to sports.  You see, dad had grown up with some mighty fine athletes.  He told many stories about his uncle  Nick Smith.  Nick evidently was a major league quality pitcher.  In those days every town had a baseball team and would play the traveling professional players.  He told me one story of Nick pitching so hard that nobody wanted to catch him.  The story goes that the professional catcher caught him for one inning and said, “no more.”  Then there is my uncle Gene “Red” George.  According to dad, Uncle Red never made an error in his life.  I will admit that he is probably the best baseball player I’ve ever seen.  I had the privilege of playing on a fast-pitch softball team with him for three years after high school.  I didn’t see him make an error or strike out in those three years so possibly dad was not telling a fib about his baseball prowess.  Baseball was not an option growing up.  You played…and you would be good at it. PERIOD.

Dad was not a big fan of basketball but we played and were expected to be good at it.  I say he wasn’t a fan but if it had the word “ball” attached to it, his boys would surely be playing.  My brother and I practiced in the yard, in the house, in the barn….wherever there was a makeshift goal…we practiced.  I’m serious about this.  We even had a coffee can with the bottom cut out, nailed above the door of our bedroom.  A tightly rolled athletic sock was the basketball.  Now we did have to modify the rules somewhat.  You had to pretend to be dribbling it, there was no goal tending and dunking was only allowed on breakaways.  Crazy fun times.

I took up golf in my early 20’s.  Now dad thought this was a stupid sport.  I suppose it was because it didn’t have the word “ball” in it’s title.  If it had been called Golfball I’m sure he would have accepted it somewhat.  I did get him to go play one time.  Only man I ever saw who played the entire round with a 4-iron.  Teed off with it, chipped with it, and putted with it.  Not very good but I will say he gave it a go.

Dad was an amazing story teller.  He had a million jokes and would tell one at the drop of a hat.  People would laugh so hard.  I’ve told the same jokes on occasion and people look at you like, “Huh!”  Guess it was something about the delivery.  He was a hoot!!

Dad was in law enforcement for many years.  He was good at it.  He didn’t go by the book which made him the most compassionate law enforcement officer EVER.  I remember riding with him on occasion.  One afternoon we were patrolling out near Lake Quitman.  We met this Chevy that was flying.  Dad didn’t work traffic but he did turn around and the chase was on.  We chased this guy to highway 515 then right toward Winnsboro.  Finally about a mile from the city limits, the guy’s vehicle overheated and he pulled over.  Dad gets out of the car, walks up to the vehicle and asks the guy to step to the back of the car.  He asks the guy why he ran.  The answer was, “I was scared.”  After a few minutes of talking to the driver dad goes back to his patrol car, dug around in the back floorboard, finally found his ticket book and wrote the guy a warning ticket.  Seriously, a warning!  Then he told the guy to never run from him again.  I had to ask why he didn’t give a “real” ticket.  Dad said, “I’m not a traffic cop.”  I found that interesting but you must understand, dad was a deputy sheriff for 12 years and had the same ticket book for the entire 12 years.

Dad’s theory was this.  Most criminals are not hard core criminals.  They are just good folks who made a mistake.  The greatest advice he gave me before I began my short law enforcement career was to NEVER act “high and mighty and to treat people with dignity.  That went a long way with the respect that he received from the people he served.

Dad loved being a deputy.  He had worked as a patrolman in Sulphur Springs in the 50’s then stopped for many years to raise us kids.  He was never truly happy until he returned to being a “lawman.”  Only his family knows this so I will share it with you.  Many people asked him why he retired.  He told them it was because he was tired.  That absolutely was not the reason.  He stopped when the “rules” were changed.  Dad was a rule follower but he did something awesome that so many would not do.  I remember he always had a seat full of warrants.  When he would see someone with a warrant for their arrest he would not arrest them if he knew them….(and he knew everybody).  He would tell them to be at the sheriff’s office to  “take care of it” the next day.  Not one person did not show up the next morning.  That reverts back to his theory that I mentioned earlier.  His supervisors told him he couldn’t do that anymore….if he had a warrant he had to bring them in.  That went against everything he believed about “good people” that made a mistake.  He never arrested another person.  He retired on the spot.  Hardly a week goes by that I speak to someone  that dad had contact with.  To a person, they speak fondly of him and the way he treated them.  I am proud of his service and treating people the way he wanted to be treated.

Literally I could go on all night telling his law stories.  I will tell just a couple more.  Dad was deathly afraid of snakes.  One night he saw a pickup truck on the side of the road.  The driver was frantically trying to flag him down.  He stops to see what was the problem.  The problem was a snake.  Seems this guy was just driving along and a snake got stuck coming out of the air conditioner vent.  The driver asked dad what he was going to do about it.  Dad pulls out his service revolver and cocked it.  The man went nuts, “Don’t shoot my truck.”  Dad told him that was the only option that he was going to attempt.  The driver decided he didn’t need  dad’s help after all.

The last story also involved a snake.  This time the owner of a service station saw a large snake in the back of his store.  He called for help and dad was dispatched to the location.  The owner escorted dad to the back storeroom.  Sure enough, the snake was poking it’s head out from behind the stacked oil cans.  The owner asked dad about a solution….You guessed it.  He whipped out his revolver faster than Matt Dillon, cocked it and took dead aim.  The owner said, “Bill, you’re not going to shoot him are you?”  Dad’s response was, “Do you have a better idea?”  The owner said, “No.”  SO…the snake was killed along with about a dozen oil cans.  Dad didn’t mess around with snakes!!

I suppose I should close this reminiscing and go to sleep.  Thanks for allowing me to remember dad in own special way.

I do wish he had lived long enough to see his two grandsons.  Mercy, he would be so proud of Carson and Eason.

Love you Pop.  See you soon.