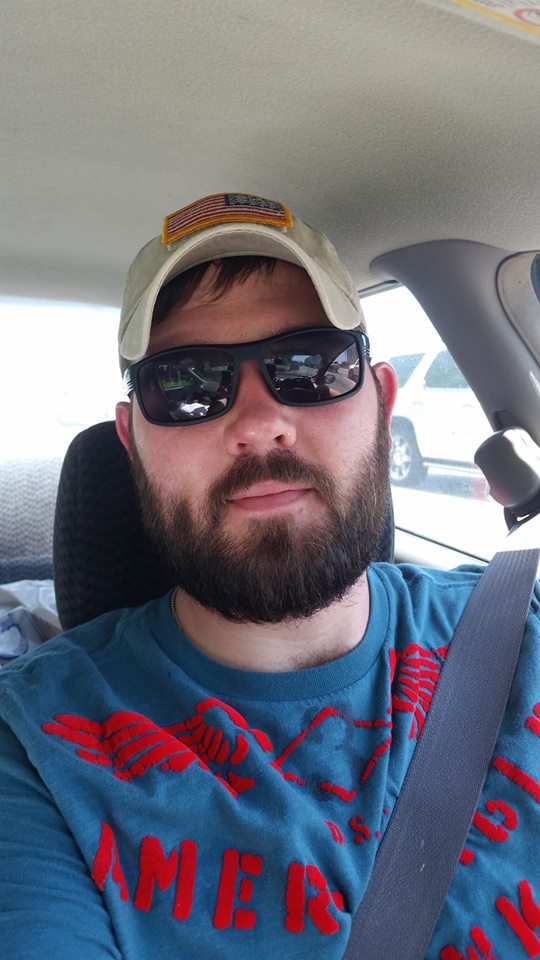 Its been some time since I wrote anything in my blog.  Not exactly sure I know what is going to come flying through my mind.  I’ll just write them down and go from there.

Last Thursday, I took a couple of days off from my “real” job.  I just needed a day or two to get my tractor out and tear up stuff.  Actually, I was taking up fence that separates the church and the next door property we are purchasing.  Those that know me understand where I “get away” to think or “not to think.”  I’m either on a tractor or a lawnmower.  I guess everybody has a place such as that.

So….there I was, on the tractor, giving a chain link fence a run for it’s money.  Due to all this rain and the ground being “somewhat” soaked, I was handily winning.  I was having a ball.

Then it happened!  The Call.  You know the one that completely turns your life inside/out and upside/down.  My brother, Barry, called and said his son, Josh had been found unresponsive in his apartment.  Unresponsive is NEVER a good thing to hear.  He said he was on his way to Tyler and would let me know as soon as he knew something.  Neither of us said they words but we both knew the likely outcome.

I’m rarely in a situation that I just don’t know what to do.  It may turn out to be the wrong thing to do, but I do something.  This was different.  Do I go to Tyler, do I wait to hear back, do I continue…….I just didn’t know.

It wasn’t long before I got the second call confirming what I already knew.  Josh was dead.  Even now, writing those words doesn’t make it seem any more real.  Here is a 29 year old, a picture of health, that just died?  Not just any 29 year old but my 29 year old nephew.  My brother’s only son.  Now I find myself with the second thing that rarely happens to me.  I was speechless.  I mean literally could not find one word to say to my brother.  Still can’t.

I went with Barry, Julie and other family members to make the funeral arrangements.  Julie was the first to mention she would like for me to conduct the service.  Barry asked if I thought I could do it?  I fired back, in my most confident voice, that I could handle it and would be honored to speak.  Outwardly I may have shown confidence, but on the INSIDE I’m not sure I could think, much less speak. I’ve performed funerals for an aunt, several cousins, and a ton of friends.  They have ranged in age from newborn to near 100 years old.  I even did my own mom’s funeral but this one….this one for my brother’s son was going to be a whole different ballgame.  Questions and fears swirled around in my half empty head.  Could I think of anything to say?  Would I totally freeze up?  Then the crazier stuff entered the mind.  What if I get up there and faint?  Throw up, have a heart attack or a panic attack?  To say my mind was racing would not do justice to what was happening. 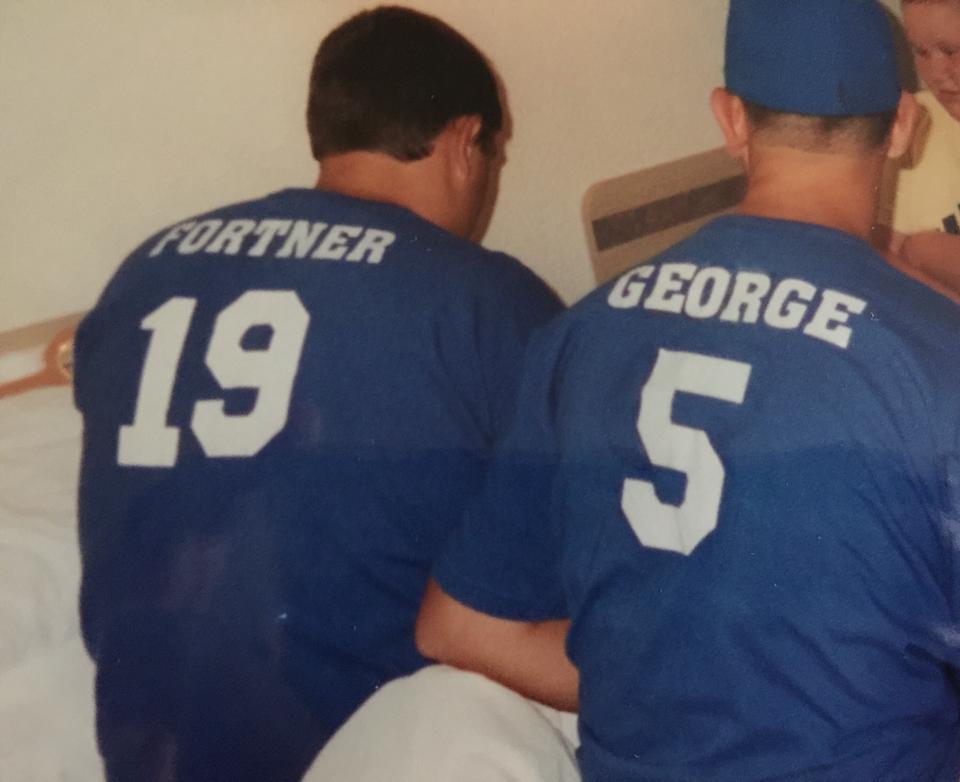 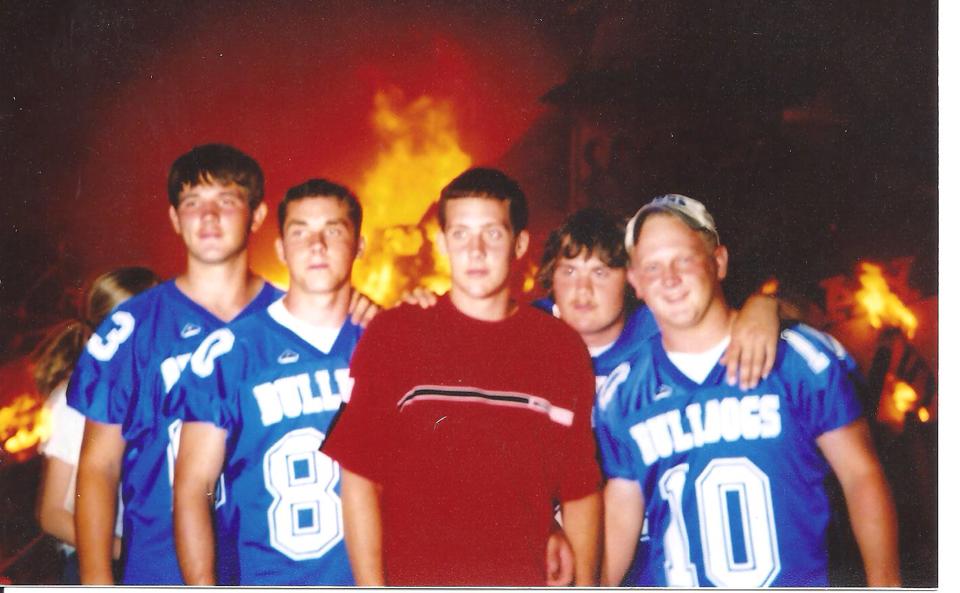 I remember how proud he was to wear his military uniform.  He was about 6’4 but in that uniform I do believe he was near 7 foot.  He loved everything about the army.  He was devastated when, due to medical issues, he was unable to deploy overseas with his buddies.  He had a couple of close friends that were killed in action.  Josh felt guilty….that if he had been there he could have protected them.  I don’t think he ever got over it. 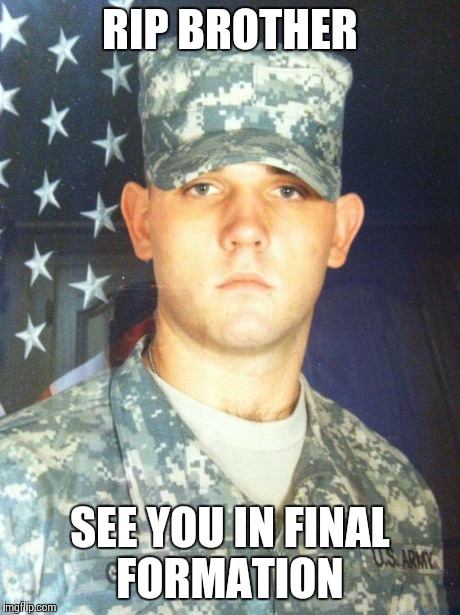 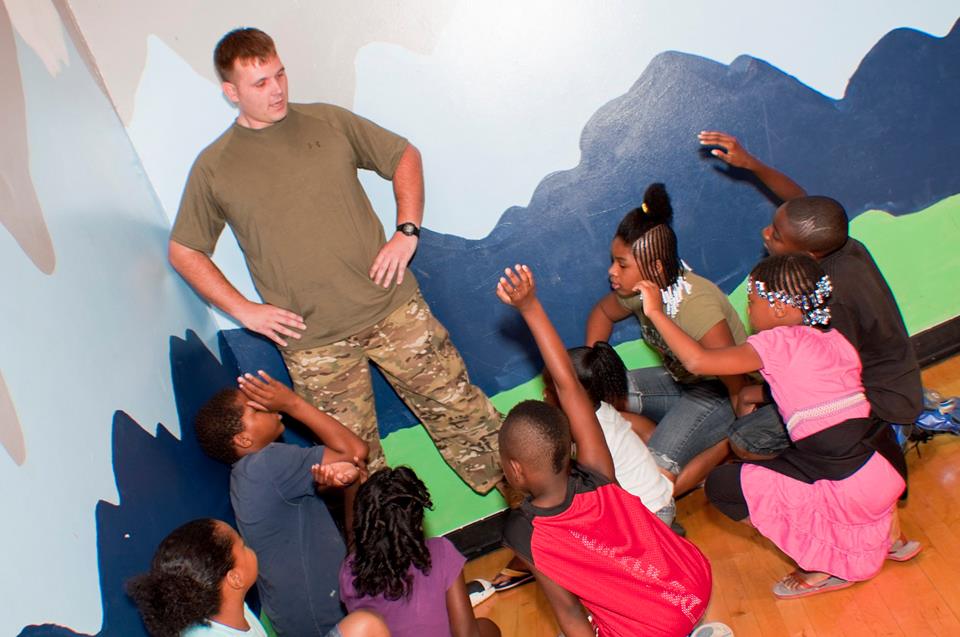 He knocked around for a few years….searching.  He finally found his place in life.  Not surprisingly, it was in the medical field where he could “help” people.  I’ll always believe this gave him satisfaction of helping others.  Maybe it was his way of overcoming the belief that he let down his fellow soldiers.  He LOVED his paramedic training, his classmates, the instructors and everything associated with medicine.

I recall being at UT-Tyler hospital when this big dude came flying by me in the hall.  It was Josh.  He was on an emergency and hollered as he went by, “I’ll find you in a bit.”  As it turned out, he was two doors down from when I was visiting a patient.  Someone had gone into cardiac arrest and Josh and others were performing CPR.  I’m not sure how that one came out but Josh had told his dad of a few occasions where he did CPR and brought someone back.

Josh overcame a lot of things in the last few years.   He had his share of demons (as we all do).  By the Grace of God and his own determination, he overcame these issues and had found where he was always meant to be.  Just a few weeks short of graduating as a Paramedic.  He had higher aspirations of being a Flight Nurse.  I have no doubt he would have made it.

I shared this at his memorial service.  For anyone who might be facing a problem of your own….NEVER GIVE UP.

Josh George Never Gave Up.  You Don’t Give Up Either.

I want to share with you a text that Joshua sent to a friend only a day before he graduated to Heaven.  It says volumes.

“I’ve been in situations that definitely should have left me 6 feet in the ground.  Accidental overdosed at 16 from migraines.  Three car wrecks that totaled every vehicle.”

“Was taking medicine for pain management and I came off it on my own.  I saw the Devil and me fighting in my dreams for a week straight.  I could never beat him up.  He’d just laugh at me.”

“Then finally I had the same dream except God was there and God scared him away.  During this time I was hallucinating and seeing demons but God had me in His hands the whole time.”

Josh’s friend responded and here was the very next text.

“Someone asked me the other day.  Why does God take good people?  I said, Well, if they’re a Christian they were ready to be in Heaven anyways. And it’s up to your belief and faith in God to know that your loved one is there and he is with you too.  We will never know why we lose love ones so early until we get to heaven….then it will all click.”

Josh, your family and friends take comfort in knowing that you trusted Jesus for your Salvation.  No doubt, you are walking the streets of Gold in the presence of Our Savior.

Friends….Josh took these verses to heart.  I hope you will to:

Joshua, we all miss you terribly but we have a blessed promise from God that we will have a reunion in that wonderful place called HEAVEN. 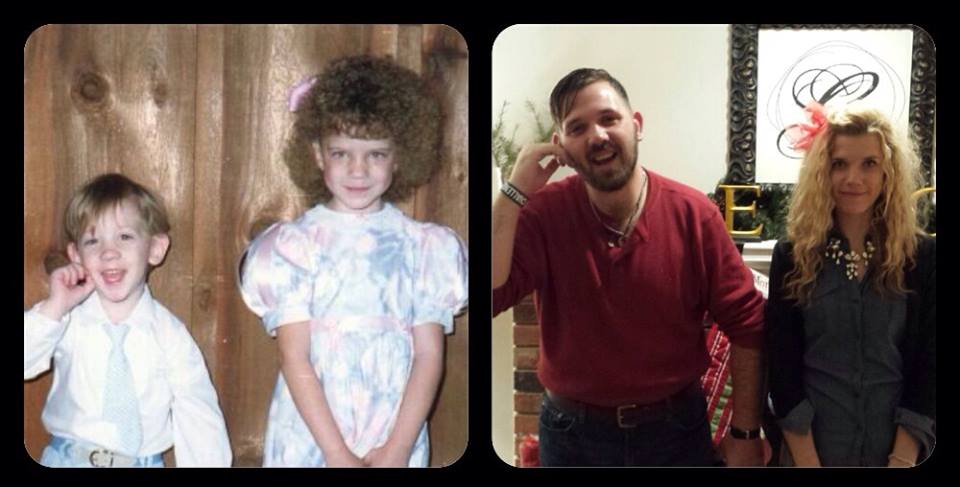 See you on down the road.