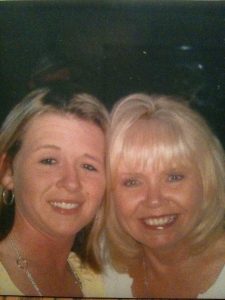 My how time flies.  The first anniversary of Julie’s death is only a couple of weeks away.   Time has not diminished the pain nor the intense feeling of unbelief over this tragedy.  It has been 50 Sunday’s since Julie was last in church.  Each and every Sunday morning is the same.  I catch myself waiting for her, Michael and those sweet grandbabies to come walking up to the front door.

I came to know Julie through a series of events.  Her best friend’s mom and dad both passed away.  They were members of LBC and during their illness and subsequent deaths, Julie was always around helping the family in any way she could.  A few months later her best friend’s husband became ill and died.  Julie was there once again to comfort and support Vicki.  A year or so afterwards, Vicki’s son was getting married.  I was performing the ceremony so, again, I witnessed first-hand watching Julie scramble around to make sure the wedding came off without a hitch.

It wasn’t long afterwards that Julie and Michael began attending LBC and soon joined our fellowship.  She immediately jumped right in and offered to help in any way that she could.  She had a heart for children.  I suppose it had to do with the fact that she had several young grandchildren to whom she adored.

Julie’s story gets complicated and tragic from this point.  My hope in telling it is that it will encourage others who are struggling within to seek help.

July 31, 2011, I was at the pulpit delivering a message.  Approximately 11:30 my phone went off.  (Yes it was on vibrate this time.)  I didn’t think much about it since it had happened many times before.  Immediately after the service I saw that another church member and neighbor to Julie and Michael had left me a message.  I knew that Larry would not call and leave me a message during services unless something was wrong.  The call shook me to the core and left me in utter disbelief.  Julie had shot herself.  To this day, it still seems unreal to write or say those words.

Julie was flown to a hospital in Tyler.  The doctors immediately determined that her condition was grave.  She was on life support for a couple of days.  The doctors consulted with the family and the decision was made to remove her from the machines.  Death was not immediate.  She was moved to hospice where her body continued to fight.  She passed away one week later.

The church was packed for her memorial service.  Friends and family were there to pay tribute to this beautiful lady.  I mentioned earlier that Julie and Michael brought the grandbabies on a regular basis.  Serenity is one of the grandchildren.  Now Serenity is a performer.  Not a shy bone in her body.  She loved to sing at church.  I am only guessing but I suppose she was 4 years old at the time.  The most touching moment of Julie’s memorial service came just before we were to begin.  Serenity came up to me just before the seating of the family.  She said, “Brother Byron, there’s a lot of people here today, do you think I could sing?”  With a gigantic lump in my throat I told her that she could absolutely sing.  We began the service and I called this precious baby up to the pulpit and she belted out a perfect rendition of “Jesus Loves Me.”  We could have said a prayer and dismissed at that point.  This little child had said it all in song.  There was not a dry eye in the house.

So what happened to Julie?  The simple answer is she suffered from mental illness.  Here we are in the 21st Century and those words still carry a stigma.  How sad that society continues to deny that this illness is somehow something that a person can just wave a magic wand and it’s gone.  Would you ever tell a person with a heart condition, cancer or diabetes to “just snap out of it?”  Of course not!  How ludicrous would that be?  No different from mental illness.  It is just that…..an illness.

Julie fought this disease for many years.  With the help of family and friends, she was able to live a productive life and if a family member had not told me I would have never known about her inner struggles.

Julie, Michael and I visited just a few weeks before and we discussed her problem.  She assured me that she would take her medication (which she didn’t like to do.)  I know for an absolute fact that Julie had no intention of hurting anyone.  The illness caused her to believe that the only out for her was to go on to heaven and be with Jesus.

It’s  been a difficult year for everyone involved.  Her beloved Michael, her children, her grandchildren, other family members, her friends and her church family.  Each of us wonder what we could have done to change this tragic outcome.

Share this blog and this link to help rid this country of the stigma of mental illness.  http://www.nimh.nih.gov/index.shtml

If you are someone you know is considering suicide as a way to solve your problems, call someone.  A friend, a family member, a pastor..but call somebody and talk.  I know I do and I’m sure Julie’s friends and family do also.  We ask “What if?”  What if Julie had just picked up the phone and called me?  Would it have made a difference?  I would hope so.

If you are suffering from a mental illness, do not be ashamed.  It’s not your fault.   Please understand that you have an illness and you need the help of a medical professional.  Call someone….a friend, a pastor, family, Somebody.

We love you Julie.  See you in heaven someday.