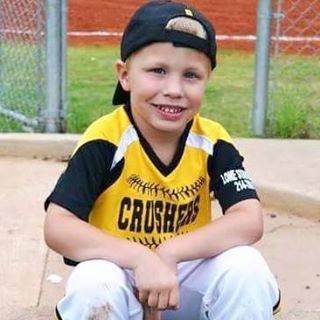 Imagine, if you will, your day starts out like any other day.  Nothing special going on….just doing the day to day things.

Before the day is through, your world is turned upside down.  What was a normal, routine day would become the greatest nightmare imaginable.

That’s exactly what happened to Tessa and Henry Mason.

Tessa and Henry live in the Alba area with their children Connor and Carter.

I’ve known them through summer baseball.  Carter and my grandson, Carson play on the team Henry helps coach.

Back to the story. 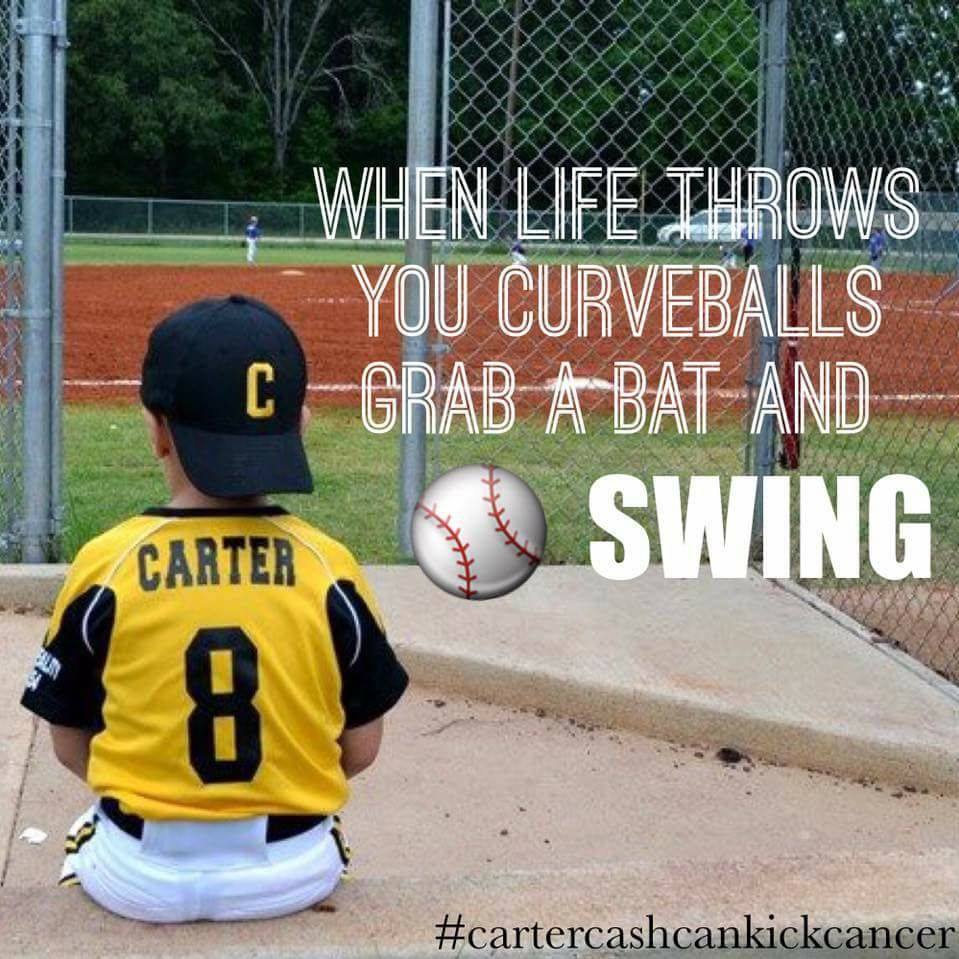 Carter (who is 8 years old) was having some pain in his stomach.  Mom and dad carried him to the emergency room.  Everyone thought that Carter would be losing his appendix.  If only it had been that simple.

The doctors said the words that no parent wants to hear. “We think he has cancer.”  Now that is one thing that will cause your heart to immediately stop beating.

The doctors didn’t send Carter back home.  He was taken by ambulance to Children’s in Dallas for further testing and treatment.

I can’t imagine the roller coaster of emotions Tessa and Henry went through following that ambulance to Dallas. 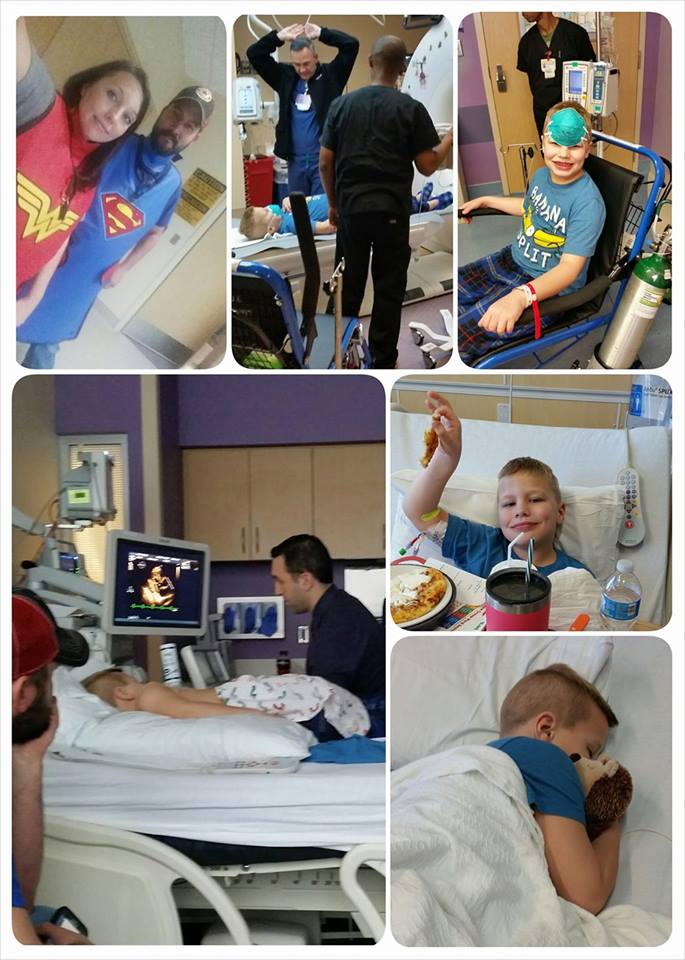 So here they are…12 hours after taking Carter to the ER to get a diagnosis of appendicitis and now they find themselves in Children’s Hospital waiting for Carter to have surgery for a biopsy and a bone marrow sample.

Then there is the wait to get the biopsy results.  Sadly, it’s mentally taxing to have to wait but you just can’t hurry the test results.

After what seemed like an eternity, they received the test results.  Carter has cancer.  It is called Diffuse Large B-Cell Lymphoma.  There is no such thing as “good” cancer but this form of cancer is curable.  It is a fast growing cancer but it also shrinks fast once the treatments are started. 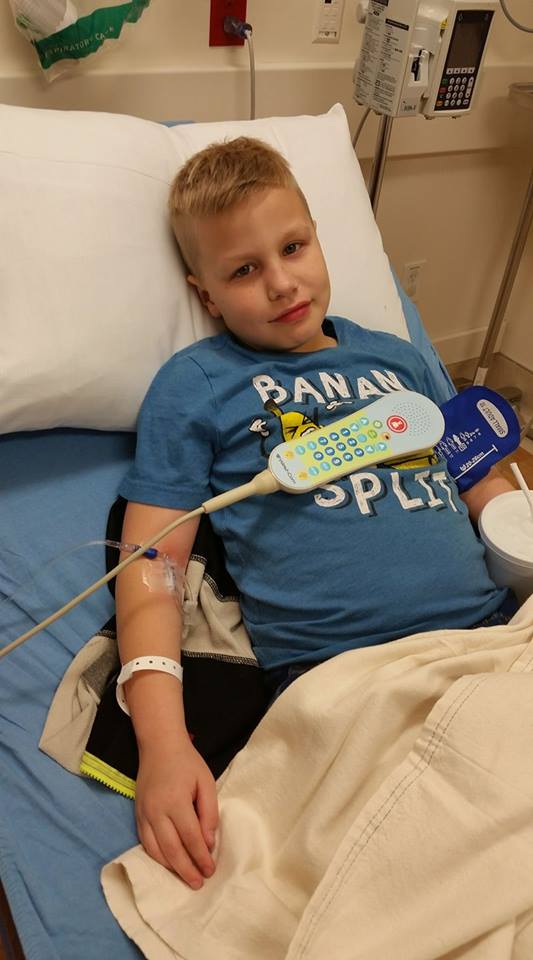 As part of the treatment, Carter had more bone marrow samples taken, a spinal tap to put chemo in his spine to take care of any cancer cells that might be hiding in the spinal fluid.

Now it’s back to surgery to have a port put in his chest to begin the chemo treatments.

These treatments will last for 4 months.  Carter is being treated with several types of chemo.  One is one they use on breast cancer patients.  It makes him really sick.

His little mouth had such a rash that he couldn’t eat without hurting.  The doctors have given him meds that have helped the mouth problem somewhat.  This little boy has always been a happy, sweet and funny youngster.  His sense of humor is still there.  He wrote his mom a note since it’s easier than trying to talk.  He said, “Once my mouth feels better, I Want Nachos.”

Carter and his family have been able to come home a few times for 2-3 days at a time.  Then it’s back to the hospital for more treatments.

He’s ready to be back in school with his friends.  On one of his home visits, he was able to go to school and visit with his class.  He was somewhat reluctant because of the mask he has to wear to protect from germs.  It sure didn’t matter to his classmates.  They were just happy to see him.

The Mason family has received some good news.  The treatments are working.  The tumor has shrunk to half the size it was.  Of course, they will continue for the entire 4 month duration.  He has days when he feels pretty good and days when he’s not so good. 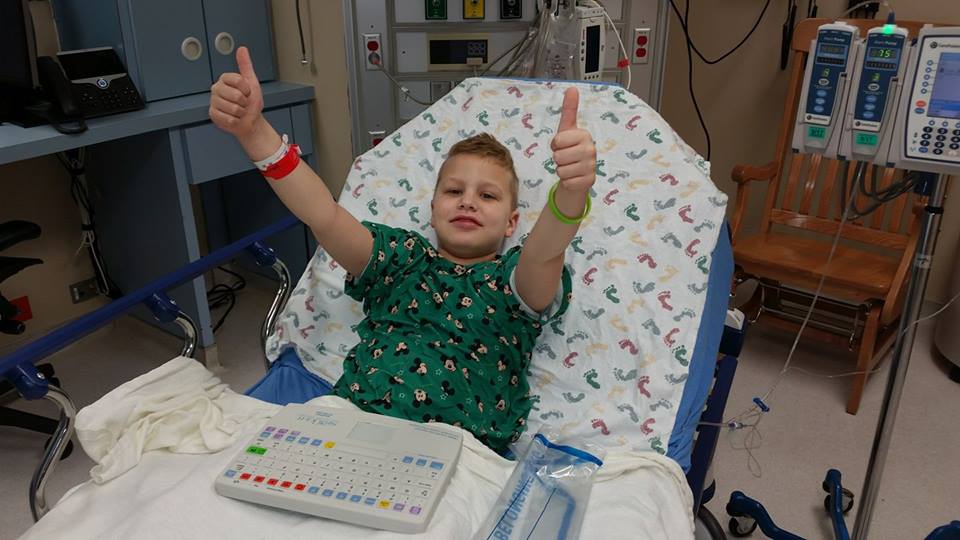 He is in his 2nd round of chemo.  It’s making him sick for the most part.  His blond hair has started coming out.  He continues to be positive and humorous.  When the hair started really coming out he looked in the mirror and told his mom, “Dang momma, I am one cute old man looking boy!!”

Carter is a tough little boy.  He will continue to fight with everything he’s got. I’ve had the pleasure of watching him play baseball.  He is a catcher.  He’d get banged up a little…..maybe shed a tear or two….but he’d be right back there the next inning doing what he loves to do.  As Carson said the other day……”I can’t wait until next year so we have Carter back.  He’s our best player.”  He’ll be back….stronger than ever. 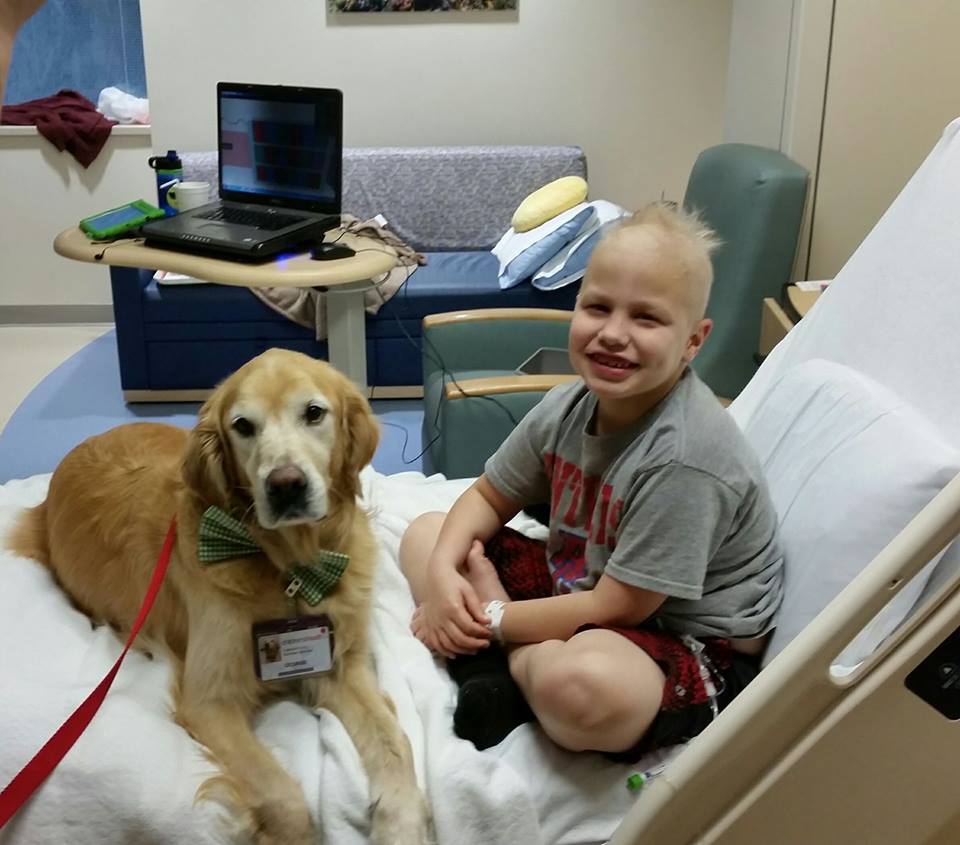 Carter, you have people around the world praying for you.  Tessa, Henry and Connor……they are praying for peace and comfort for you also.

Remember the Lord is ALWAYS there for you.

I’m asking everyone to continue prayers of healing for Carter.

I think Tessa stated it best when she said, “We’ll never take another day for granted.  We just never know what lies just around the corner.”