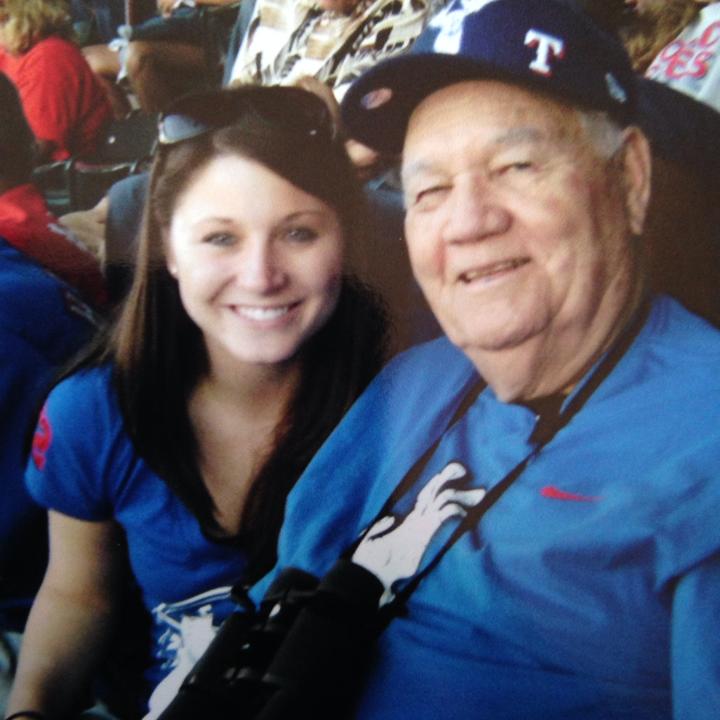 Today, Sunday January 26, 2014 brought the end of a chapter in the history of Quitman Independent School District.  Delbert Ballard went to that heavenly home that God had prepared for him.

Delbert’s coaching career came to an end many years ago.  He continued serving the school in the capacity of administrator, teacher, bus driver or whatever task needed to be done.  For the past 50+ years he dedicated himself to raising a family and serving his school and community.  Even though he stopped coaching before many of the kids of this generation were born,  he was still “Coach.”   To this day, if you say the word “Coach” in Quitman, Texas everyone knows you are talking about Coach Delbert Ballard.

Up and until his health began to fail, if the lights were on at the gym, the football field or the baseball field, he and Mary were there.  Their own children have long since grown but they considered all students their children and were always there to support QISD athletics.

I first met Delbert Ballard in (I’m guessing now) 1966-67.  He was coaching in Quitman and Mary was teaching in Yantis.  Yantis is where I attended school.  Mary coached my first official basketball game as a 6th grader.  Some things stick out in your mind.  I remember the tournament as if it were yesterday.  It was held in the old South Franklin gym northeast of Winnsboro.  If I recall, we won that tournament.  Delbert was in the gym cheering us on…..possibly seeing if he could pick up some coaching tips from his wife!!

As time marched on and after I graduated high school, a series of events lead to a lifelong friendship with Delbert.  We played many golf tournaments together over a twenty year span.  We won a few and lost a few.  One thing was always a given…..we had fun.

Delbert was a fisherman.  And I mean a fisherman.  He was good.  Seemed like he could sense where the fish were.  We spent many hours on the water.  He always packed us a lunch.  Now he said that he made the sandwiches.  I’m not one to question him but I suspect that Mary got up early and fixed them for us.  Either way, they were good.  We fished Lake Fork but his absolute favorite was Lake Quitman.  No telling how many fish we caught up the creek east of the island.  I was a “fair weather fisherman.”  Delbert never met a day that wasn’t a good fishing day.  I remember one Saturday we had planned to fish Lake Monticello.  Unbelievably, when we went by the First National Bank the temperature said a balmy 18 degrees.  I remember thinking we were crazy and in fact, I made that comment.  Delbert’s reaction was, “It’s a power plant lake.  The water will be warm.”  Ok, I’m a sucker and went along with him.  Warm water and cold air make an interesting phenom called FOG.  It was so foggy that we could not see the front of the boat.  You may think I’m exaggerating but it’s the honest truth.  We slow trailed to the spot that he had planned to fish.  I didn’t wish for him to think I’m was a wimp so I didn’t say what I was thinking.  I’ll say it now.  I don’t know who is crazier, him for bringing me or me for coming along.  He was right about one thing, the water was warm.  Problem was we weren’t in the water.  We were in some COLD fog.  Every third or fourth cast we would have to clean the ice from the eyelets on the rods.  I managed to hang in for almost an hour.  I told Delbert I give.  He could take me back to the truck, leave me and he could fish all day if he liked.  We slowly made our way back to the truck, loaded the boat and headed back toward home.

Now this man didn’t give up when it came to fishing.  By the time we made it back to Quitman the temperature had risen to and amazing 34 degrees.  You would have thought since I “wimped out on him” he would have taken me home and dumped me out but NOOOOOOOO.  He decided it had warmed up enough that the fish at Lake Quitman would surely be biting.  SO, we spent the next 3 hours fishing his favorite lake.  I spent those three hours freezing my tail off.  From that day forward, I always checked the weather forecast and if it was going to be below 50, I mysteriously had something to do when he would call for a fishing trip. 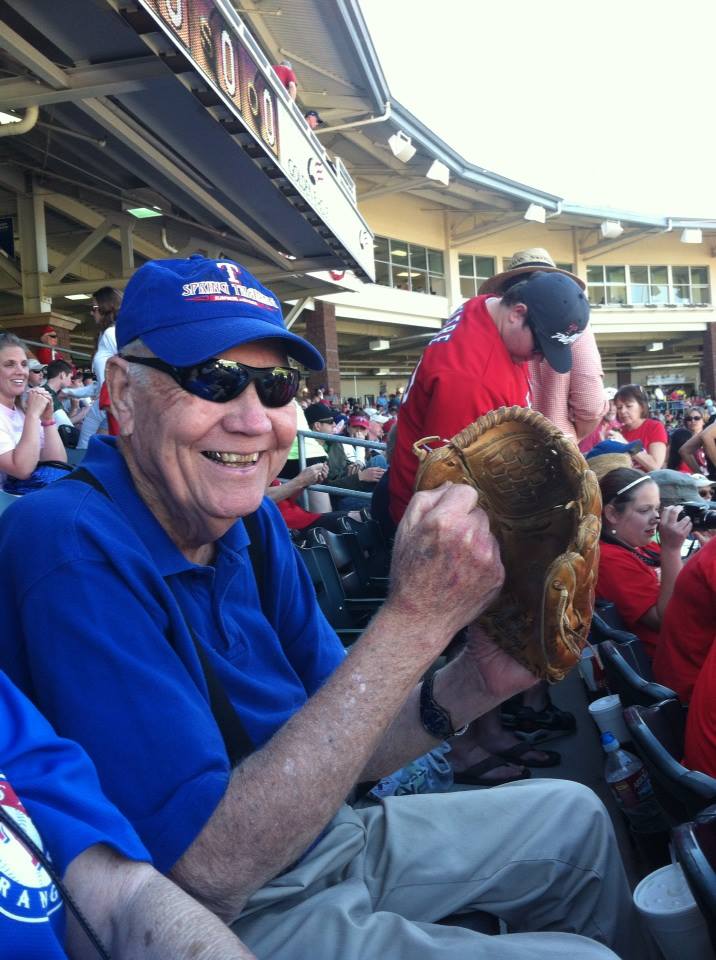 Delbert Ballard was more than a coach, an administrator, a lover of sports, a baseball fan, a golfer and a fisherman.  He was a good man…..Make that a great man.  The number of students he guided to a start down the right path in life would be too numerous to count.  But most of all, he was a great dad, granddad and great granddad.  He loved his family.  He married the love of his life, Mary.  Rarely, did you ever see them apart.  Their love radiated through their children.  Delbert was so proud of his kids.  They brought so much joy to his life.  He and Mary raised them right. They raised them in a loving Christian home.   Each of their children followed in their footsteps in becoming educators.  Each of their children also followed them in raising their own children in Christian homes.

I could go on for hours and I encourage you to post your thoughts in the comment section.

See you someday over the rainbow my friend.